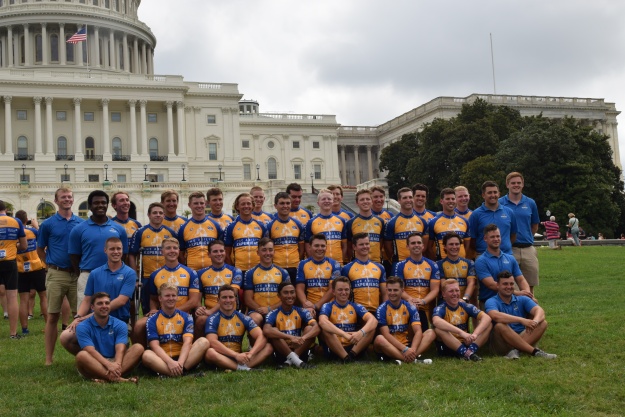 Persevering and not giving up is a character trait honored in and out of the Bible.

Three times, God encouraged Joshua to “to be strong and courageous” when commanding him to lead the people of Israel across the Jordon River and into the land he was about to give them. (Joshua 1:6-9)  God blessed Job in the latter part of his life more than the first after Job persevered through the loss of his family, his possessions and a painful illness at the hands of Satan. (Job 1:12-20; 2:7; 42:12)

Jesus told his disciples the parable of the persistent widow to show how “they should always pray and not give up.” (Luke 18:1-8)  He praised the Church of Ephesus for their perseverance and enduring hardships for his name. (Rev. 2:3)

Life is full of challenges and hardships that try our perseverance – a lingering illness, prolonged unemployment, an unbelieving spouse, an alienated adult child, a difficult boss or colleague, training for various athletic undertakings, practicing for excellence with a musical instrument, pursuing the mysteries of science and other fields of learning, fighting in battle and war to victory, enduring persecution for justice and righteousness, and so many other examples.

This past Saturday, our grandson, Andrew, 20, completed a 3720 mile bicycle tour from the Golden Gate Bridge in San Francisco to the Capitol in Washington, D. C. with other Pi Kappa Phi fraternity brothers from across the country to raise awareness and money for people with disabilities.  Their tour is called Journey of Hope.

They rode over mountains, climbing as much as 10,000 feet in a day, through valleys, across the Great Plains, around the Great Lakes, over the Appalachians and finally reaching Washington sixty-three days later.

They rode through pouring rain, snow in the mountains, sweltering days in the 90’s, lightening and even an episode of swarming bees.  Each morning they would rise at 5:30 am, have breakfast and take off for the day, riding on average 70 miles, and as much as 125 miles and eight and half hours on their longest day.

Many of their afternoons and evenings were taken up with approximately forty “friendship visits” with various groups of people with physical and intellectual disabilities.  They played wheelchair baseball, danced at Special Olympics dances, and engaged in a variety of activities with children and young adults with disabilities.

The challenges were many – sore, cramping and strained muscles, varied sleeping conditions, physical and mental fatigue, even boredom on long  days through the desert, potholes and equipment failure.  Andrew went through eight tire tubes.  But he and his team persevered. No one gave up.  They showed true grit.

“Blessed is the man who perseveres under trial, because when he has stood the test, he will receive the crown of life that God has promised to those that love him.”  (James 1:12)