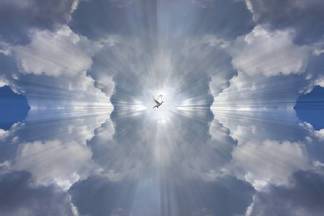 Have you ever experienced something someone says to you that “hits you right between the eyes” or “cuts to the heart?”

This happened to the people who were in Jerusalem from many different nations to celebrate the Jewish Feast of Pentecost.  While there, they witnessed the outpouring of the Holy Spirit on Jesus’ disciples and early followers.  The Book of Acts reports that they were amazed to hear the disciples praise God in the many different languages that they represented.

When they asked what this all meant, Peter stood up and boldly stated that Jesus was commended to them by God, performing many signs and wonders, but they had him crucified by the Romans.  God raised him from the dead which Peter, the disciples, and another five hundred followers personally witnessed.  God was now pouring out his Spirit just as the prophet Joel foretold and as Jesus had promised.

Peter then declared, “Therefore, let the whole House of Israel know for certain that God has made him both Lord and Messiah, this Jesus whom you crucified.”  When they heard this, “they were cut to the heart,” and asked what must they do?  Peter said, “Repent, and be baptized in the name of Jesus Christ for the forgiveness of your sins; and you will receive the gift of the Holy Spirit.” (Acts 2:36, 38)

The Book of Acts says that three thousand people were added to their number that day.

Forty years ago, I was cut to the heart when I had a personal encounter with Jesus at a healing mass and asked him if he would take the sin in my life.  He did, and just like Peter said, I received a new outpouring of the Holy Spirit, which became a watershed moment in my life.

As a result, God and his Spirit gave me a new thirst for reading and understanding scripture.  He gave me a desire to be reconciled with anyone I might have offended.  He gave me a new love for my Catholic faith.  His presence began to impact all areas of my life including my work life.

David was cut to the heart when Nathan, through a story, revealed to David his sin of committing adultery with Bathsheba and sending her husband Uriah to the front lines to be killed in battle.  David repented of his sin and God forgave him. (2 Sam. 12)

The Gospel of Luke reports that tax collectors and soldiers were cut to the heart by the preaching of John the Baptist.  They asked John what they must do.  He told the tax collectors not to collect any more taxes than was required, and the soldiers not to exploit their authority over people. (Luke 3:10-14)

The Holy Spirit convicts us of our wrongdoing and opens our eyes to the truth.  Jesus called the Holy Spirit our counselor and advocate, and the Spirit of truth. (John 14:16)  Peter told the crowd on Pentecost that the promise of the Holy Spirit was for them and their children and “for all who are far off.”  That’s us.

If you are not experiencing the fullness of God’s presence in your life, ask the Father for a fresh outpouring of the Holy Spirit.  It’s a prayer he is sure to answer. (Luke 11:13)